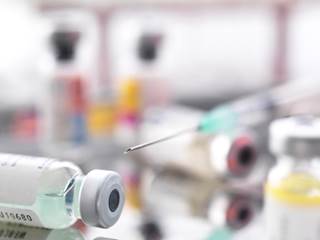 Recent data published in BMJ Open support the use of etanercept as a first-line tumor necrosis factor inhibitor (TNFi) monotherapy and strengthen the currently recommended use of biologic disease-modifying antirheumatic drugs (bDMARDs) in combination with conventional synthetic DMARDS (csDMARDs) in patients with rheumatoid arthritis (RA).

The objective of the Record-linkage on Rheumatic Diseases (RECORD) analyses was to assess the persistence of treatment of different bDMARDs when administered as monotherapy compared with csDMARD combination therapy in patients with RA who received first-line biologic agents. The RECORD study was promoted by the Italian Society for Rheumatology to monitor the health burden of rheumatic diseases in Italy between 2004 and 2013.

The use of bDMARD monotherapy was associated with a higher Charlson Comorbidity Index, longer disease duration, and lower use of nonsteroidal anti-inflammatory drugs or glucocorticoids. Compared with the use of monotherapy, the use of combination therapy with 1 or more csDMARD was associated with a lower risk for drug failure (adjusted hazard ratio [aHR], 0.79; 95% CI, 0.72-0.88).

Among participants receiving bDMARD monotherapy, when etanercept was used as the reference, the aHR for bDMARD failure was 1.28 with adalimumab (95% CI, 1.03-1.59) and 2.41 with infliximab (95% CI, 1.85-3.15). The use of concurrent csDMARDs significantly reduced the risk for bDMARD withdrawal (0.78 for concomitant methotrexate, 0.80 for leflunomide, and 0.77 for combination therapies). No statistically significant improvements in drug survival were observed with sulfasalazine, hydrochloroquine, or cyclosporine A when used as the combination csDMARD.

Investigators concluded that the results of this study support the recommended use of bDMARDs in combination with csDMARDs in patients with RA. The findings strengthen the positive influence of methotrexate, leflunomide, or a combination of csDMARDs in improving bDMARD persistence.

We use cookies to ensure that we give you the best experience on our website. If you continue to use this site we will assume that you are happy with it.Ok